46 Getting Real with Terry Real 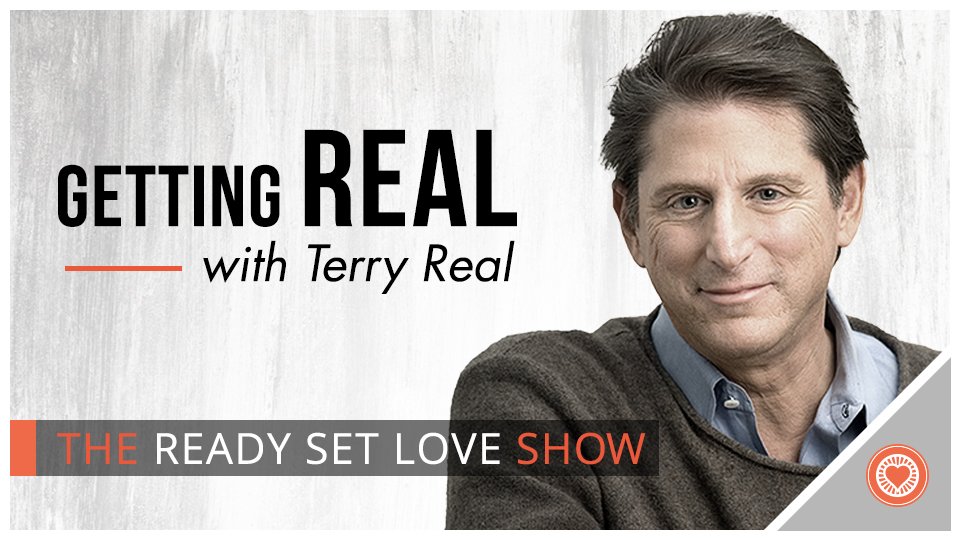 In this episode, my guest is famed family therapist Terry Real. We discuss how the patriarchal power structure we live in is the seed of conflict in many relationships. You’ll learn why men shouldn’t be afraid of intimacy, how women can stand up for themselves with love, and what it means to be mature.

If you’ve never heard of Terry, you’re in for a treat. He is a humorous and engaging speaker and he has a knack for squeezing complex concepts into short and powerful phrases. I think you’ll find this interview both fascinating and entertaining. Enjoy!

Terry Real is an internationally recognized Family Therapist, Speaker and Author. He is the Founder of the Relational Life Institute (RLI). A family therapist and teacher for more than twenty five years, Terry is the best-selling author of I Don’t Want to Talk About It: Overcoming the Secret Legacy of Male Depression, the straight-talking How Can I Get Through to You? Reconnecting Men and Women, and most recently, The New Rules of Marriage: What You Need to Make Love Work. His ideas on men’s issues and on couple’s therapy have been celebrated in venues from the Good Morning America, The Today Show and 20/20, to Oprah and The New York Times. A proponent of “full-throttle marriage,” Terry has been called “the most innovative voice in thinking about and treating men and their relationships in the world today.” The New York Times Book Review described Terry’s work as: “A critical contribution to feminist psychology (that) brings the Men’s movement a significant step forward.”

“Falling in love is believing that this person is going to heal you or complete you. Real marriage comes the day you realize that they are exquisitely designed to stick the burning spear right into your eyeball.” – Terry Real

“It’s time to understand that the patriarchal system does just as much damage to boys and men as it does to girls and women. It’s time for us to join arms with our sisters and brothers and free everyone from this straightjacket.” – Terry Real